Well on the East Coast we have been having some crazy weather.  About two weeks ago it was spring like weather, then last Friday it was a nor'easter that was mainly rain and wind that caused a lot of trees and wires to come down, then this past Wednesday there was another Nor'easter that luckily it didn't snow to much in my area.   Now on Sunday there maybe another Nor'easter but they are saying it may stay down south which I hope.  Then next Saturday be in the high 50's.  So March came in like a lion and has been cold since.  Hoping it goes out like a lamb.

My son's car is nice he took us for a drive last weekend (On saturday when half the roads were closed due to damage, we kept getting detoured :)).  My daughter the last time she went to the nurse pratitioner they changed her medicine.  She isn't as tired but she seems to still be tired and sad.  She will see her again next week lets hope they adjust her medicine so she can be awake and happier.   Also her counselor had sent a letter that she was leaving that also had her upset.  So she had made an appointment with another counselor.  I am hoping it all goes well. Dad is slowing down, he seems tired, hoping in the spring he perks up.  Also he seems to be getting forgetful which makes me sad.  I know it comes with age but still it is sad when he does it.   My oldest niece will be graduating this year.  I am excited she got into the college she wanted but I am sad because I won't see her as much.  My other niece is always busy with her friends and dancing that I never really see her.  I know life goes on as they get older but it seems to get quieter and quieter.

I said I would be back with an update on the drama's.   It has been a while.   There were a few that I had been watching that I have completed, and others that I had started and are currently watching, and one or two still on back burner.


While you were Sleeping - Completed I loved this drama.   I was sad in the final epsidoes with one of the characters but I will not spoil it for anyone.   I liked the twists and turns because of them being able to see what could happen in the dreams that you never know what may happen next. 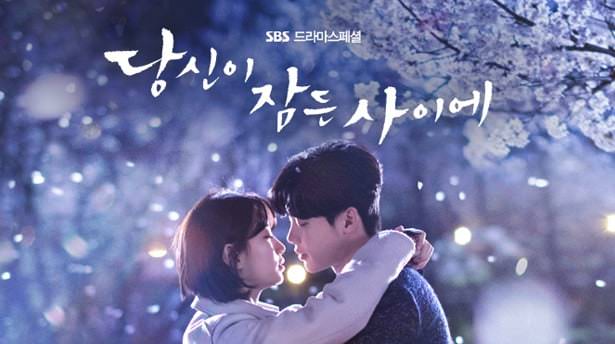 Because this is my first life - Completed - I enjoyed this drama so much it was nice slow pace drama about people and their relationships and falling in  love.(I loved the cat in this drama!)

Go Back Couple - Completed - Surprising to me this ended up being one of my favorite drama's. I was looking forward to the next episode.  I am not sure if it was because of the main characters or because of the storyline and part of the storyline in the present day her Mother had died, and in the past she got to see her Mother again.  I was actually crying in one episode.  I guess because of watching this it hit close to home with my Mom passing away in 2001 and it being November which is when my Mom had passed (She had died the day after Thanksgiving) it just made me think of my Mom.  I actually watched the ending multiple times and couldn't seem to watch any drama's for a few days, because all of the feelings this had caused,I kept thinking about the drama, and my Mom.  I think it will be one of the drama's that I end up going back from time to time and watching different scenes from it. 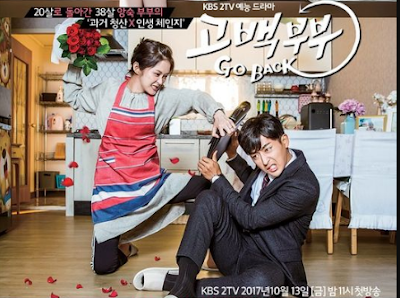 The Vineyard Man - I wasn't sure what to watch over the New Year's Holiday and nothing was standing out to me,  I have a lot of older drama's I had wanted to see. I decided to watch The Vineyard Man and I am so happy I did. Loved it.  I wanted to watch the next episode to see how they would treat each other.   This is a drama about Lee Ji-Hyun (Yoon Eun Hye) who is from Seoul and wants to be a fashion designer and she gets her clothes stolen in a restroom and thinks the gentlemen that is there is a police man and tries to steal his clothes.  Only to end up meeting him later Jang Taek-Ki ( Oh Man Seok) at the vineyard where he works.   Lee Ji-Hyun great uncle tells her if she comes and stays with him for a year he will give her the Vineyard.  I loved the interactions between Ji-Hyun and Taek-Ki.  There were so many parts in the drama that had me smiling and laughing.  I would recommend this drama for people to watch that is how much I enjoyed it. 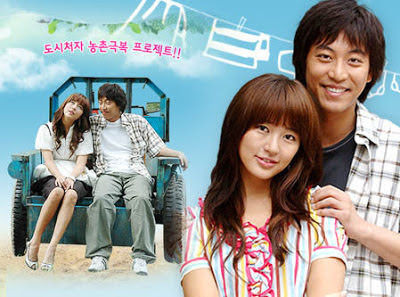 Andante - Finished, the last two episodes I had tears in my eyes. I enjoyed this drama.  But I think it was because of the people in hospice and their stories.  This wasn't a bad drama it was a drama I could just sit back and watch and not really think of anything.

The Package – Completed. What I liked was the quirky characters and not really the storyline.  I would mainly watch this early in the mornings on the weekend so I wouldn't fall asleep.

I am not a Robot - Finished and loved it.  This was a cute drama, sad it is over. This was about a guy that has an illness that he can not touch humans, there are scientist that make a Robot that he is going to test, but something happens to the robot, and the girl the robot was designed after fills in. 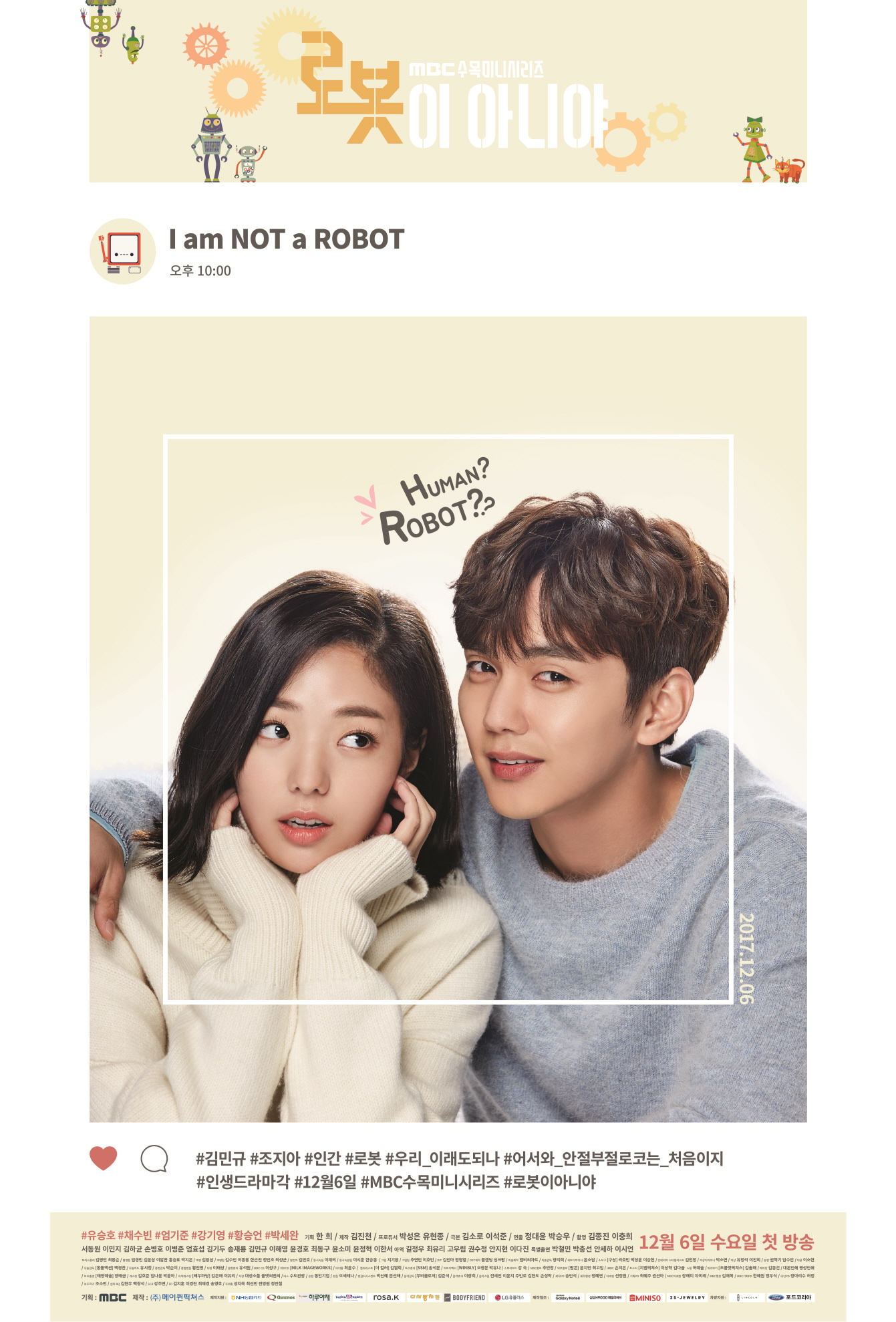 Prison Playbook - Finished and loved it!  This was a drama about a baseball player that went to jail for trying to stop a man that was attacking his sister.  While he was stopping the man he was protecting himself and hit the guy in the head which caused him to die.   The baseball player goes to jail and the drama is about his story, the correction officers, the cellmates he is in with.  The stories are about him, his friend and the other prisoners lives. 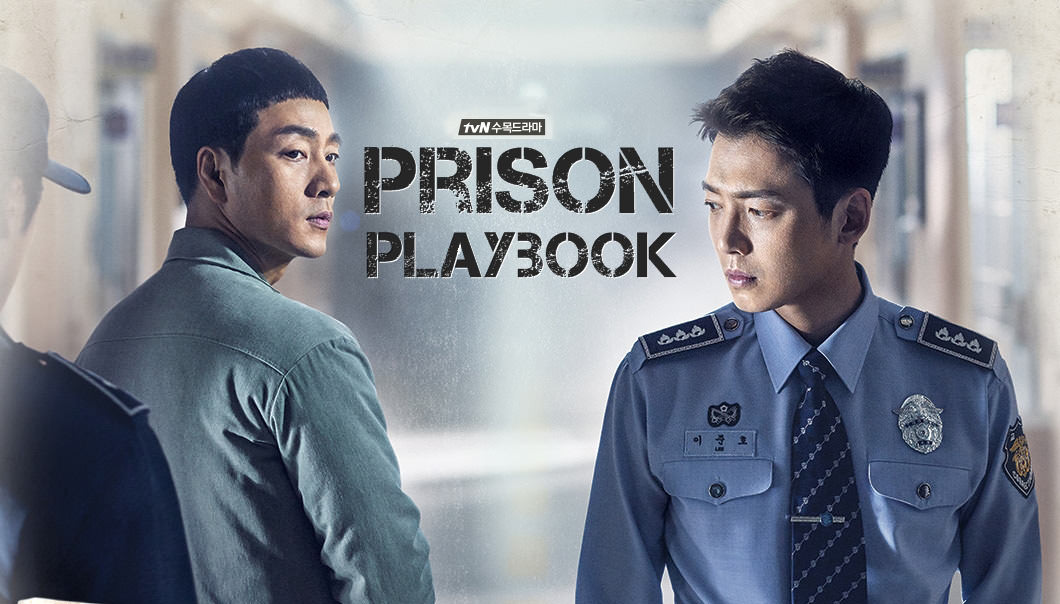 Longing Heart - Completed. I liked this drama. It wasn't anything special but because I like Cnblue I watched it for Lee Jungshin. I know it is about time travel but the last two episodes some things happened that had me even thinking, this isn't possible

The Most Beautiful Goodbye - Completed. I cried I felt so bad for the mother! I thought it was good. But I am the fence on if I thought the husband really loved her in the first episode.

I finished one just last night and it was one that I Loved that I ended up staying up really late watching videos of different clips and trying to find you tube videos with songs and scenes from the drama.  It was called Just Between Lovers.

Just Between Lovers (Rain or Shine) - Completed! ❤️ I loved this drama it was really good.  There were so many sad parts in this.  The story is about a boy and a girl that were in mall when it collapsed and survived.  The story is about how they are doing as adults, what happened within their families.  Throughout the drama you have flashbacks to the collapse and the what had happened, and the story is about them dealing with the past and trying to move on with their lives and just survive.   There were parts in the story that I had tears in my eye.  Lee Joon Ho (Junho from 2pm) did an amazing as Lee Kang Doo, I felt so bad for his character and everything he went through.  Also Woon Jin-A did a good job conveying her feelings for everything.  This story is sad, but to me there also seemed to be some hope for the characters which is one of the reason why I enjoyed it.   I think one or two of the characters were so suppose to be bad but even the characters that were suppose to be bad I think they were just flawed characters and I didn't really hate them.  I felt bad for them at different parts of the drama. If you like romance/ melodrama then I would recommend this drama to watch. 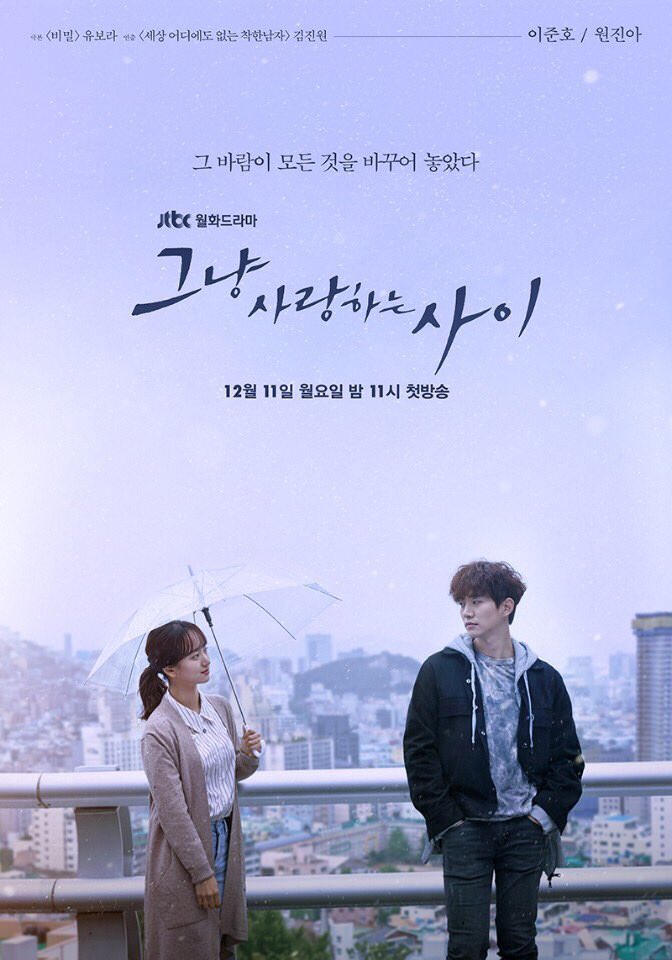 Kpop
I forgot to do an update on Kpop.  It looks like BTS will be having a comeback in a few months (looking forward to it).  They are still breaking records with the last album. Which makes me so happy for them.  Also Winner and Got7 will be having comebacks soon.   Ikon just had a comeback with Love Senario I loved the song and they won a lot of the music shows.  Seventeen last month and come out with the song Thanks which I really enjoyed.

Sad Yonghwa from CNBLUE just left for the military, Lee Joon went in toward the end of last year.  Most likely within this year and next year there will be a lot more going since they are getting to be the age that they have to serve.   I hope they all stay safe and healthy.  It just makes me sad that they are leaving for a few years.  Lee Joon had said he wasn't sure what he was going to do when he gets out.  I know there is another year he has to server but I hope he stays in the industry somehow either singing, dancing, performing, or acting.  He is so good at all of it.

Well that is all for now.  I will update again when these other drama's finish up.   Trying to decide if I should start another drama that is just beginning or if I should find one that is completed and marathon it.   Not sure if I will have a lot of time to watch in the next few weeks.  Next week we are busy some of the nights, and I think Easter may be here at my house again which means I will need to clean next weekend, and the following and decorate for the holidays.   At least this time I had more notice.
Tags: family, happenings, kdrama, kpop
Subscribe